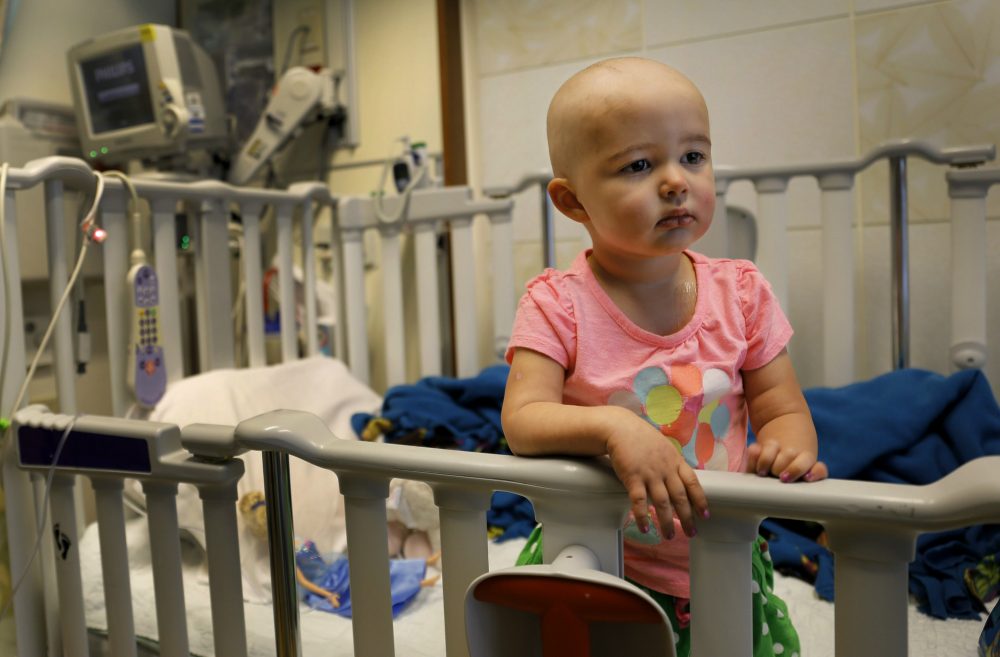 Pediatric brain tumors are the second most commonly diagnosed cancer in children, and the second leading cause of cancer death among children and infants. Despite significant improvements in outcomes for some pediatric cancers, when current treatments such as chemotherapy, surgery, or radiotherapy fail, there is still an unacceptably low chance of survival, in part because the most current and innovative research is prioritized for adults.

While there are many different types of brain tumors that affect children, rare brain tumors are often the most difficult to treat, in part because so little research has been done on them, and because they are typically more fast-growing and aggressive.

The following rare brain tumors are among those with the lowest survival rates, but with new clinical trial funding, these toughest of childhood brain tumors can be studied and treated more successfully:

Atypical Teratoid Rhabdoid Tumors are very aggressive tumors that occur in the central nervous system and generally form in the cerebellum or brainstem. ATRTs are typically associated with an abnormality in a specific gene that helps prevent tumor growth in the body.
• Grade IV: the most aggressive
• Occurs in the cerebellum or brainstem
• Presents in less than 3% of pediatric brain tumors
• Usually develops by age three but can occur in older children
• Existing treatments include surgery, chemotherapy, and radiation

ATRT Symptoms
• Headaches, particularly in the morning or that subside after vomiting
• Fatigue, extreme tiredness
• Nausea and vomiting
• Twitches or unusual facial or eye movements
• Issues with balance, coordination, or walking
• Changes in behavior or personality
• Hydrocephalus (swelling of the head due to fluid build-up around the brain) in infants

ATRT Treatments
Treatments for ATRT can vary for each person based on the characteristics, location, and grade of the tumor. Often, the cancer is treated with a combination of existing treatments.

Surgery: Surgery is often the first treatment used to both confirm the ATRT tumor type and attempt to safely remove as much of the tumor as possible. Depending on the location of the tumor and how widespread it is, surgery may not be possible to remove the tumor without damaging other parts of the brain.

Chemotherapy: Chemotherapy is often used in combination with surgery to prevent additional growth and spread of the tumor.

Radiation: Radiation uses high blasts of radiation waves to precisely target ATRT and can be used in conjunction with chemotherapy to target cancer cells after surgery. However, it is not typically used in children under three years of age due to its intensity and possible damage to nearby tissues around the tumor.

Diffuse Intrinsic Pontine Glioma Tumors are located in the pons (middle) of the brainstem. DIPG tumors are incredibly difficult to treat due to their location in the brainstem, which controls many important functions such as breathing, blood pressure, and heart rate.
• Usually Grade III or IV by diagnosis
• Occurs in the brainstem/pons
• Presents in 10-20% of children with brain tumors
• Usually develops between ages five and 10 but can occur in older children
• Existing treatments include chemotherapy and radiation

DIPG Symptoms
• Weakness in arms and legs
• Facial weakness and drooping
• Problems with chewing and swallowing
• Vision changes/eye movements, such as double/blurred vision and uncontrolled movements
• Headaches, particularly in the morning or that subside after vomiting
• Nausea and vomiting
• Issues with balance, coordination or walking
• Changes in behavior or personality; irritability, aggravation, anxiety

Radiation: Unfortunately, radiation therapy is one of the only effective treatments used to shrink DIPG tumors in children older than three years of age. Surgery is not possible without the great risk of damaging key parts of the brainstem. While chemotherapy is sometimes used in conjunction with radiation, there is little evidence, to date, to support that it increases the overall survival rate.

Embryonal Tumors with Multilayered Rosettes are very aggressive tumors that usually form in the largest part of the brain, the cerebrum. These tumors develop from embryonic cells that remain in the brain after the child has been born and are the rarest of infant and childhood brain tumors with the lowest survival rate.
• Usually Grade IV
• Typically occurs in the cerebrum but can be found in the brainstem or spinal cord
• Accounts for 2% of pediatric brain tumors
• Develops in infants and children under four years of age
• Existing treatments include surgery, chemotherapy, radiation

ETMR Symptoms
• Muscular weakness or partial paralysis of facial muscles or one side of the body
• Loss of balance, trouble walking, lack of coordination, or slow speech
• Seizures
• Headaches, particularly in the morning or that subside after vomiting
• Nausea and vomiting
• Unusual sleepiness or change in energy level
• Double vision or other eye problems
• Changes in behavior or personality; irritability, aggravation, anxiety

Surgery: Typically, surgery to remove, partially remove or biopsy the tumor is the first course of action for ETMR.

Chemotherapy: Chemotherapy is usually recommended after surgery to target any remaining cancer cells.
Radiation: Radiation is often one of the most effective treatments for children with ETMR. However, radiation can also have long-term devastating effects on the developing brain, so physicians will consider the patient’s age, the location of the tumor and the tumor type before determining to use radiation as a treatment option.

Despite major improvements in childhood cancer therapies and survival rates, pediatric brain tumors like ATRT, DIPG, and ETMR are the toughest to treat and overcome, even with a combination of the most aggressive traditional treatments. At Solving Kids’ Cancer, we believe that clinical trials of new therapies are vital to continuing the fight against these devastating childhood cancers.

Our projects like Can Nivolumab Treat Childhood Brain Tumors? and Immunotherapy for Relapsed and Refractory Pediatric Brain Tumors have helped to expand possible treatment options for children with the worst of the worst childhood cancers. With a focus on innovative treatments, such as immunotherapy, and collaboration across the globe, Solving Kids’ Cancer has funded work in more than 110 cancer centers across 15 countries to date. Funded projects include 14 international studies and represent collaborations with 20 different charity partners.

Pushing the limits of innovation can change the world for children with rare pediatric brain tumors. May is Brain Tumor Awareness Month. Your gift to Solving Kids’ Cancer provides kids with brain tumors and their families hope of discovering better treatment options — because every kid deserves to grow up®.