Medulloblastoma is an aggressive brain tumor that originates in the brain’s cerebellum — an area that regulates a person’s balance and sense of equilibrium. According to the National Library of Medicine, “Medulloblastoma is the most common malignant brain tumor in children, constituting nearly 20% of all pediatric brain tumors.” While this type of tumor can occur in adults, it typically affects more children — with approximately 350-500 diagnosed each year in the United States. 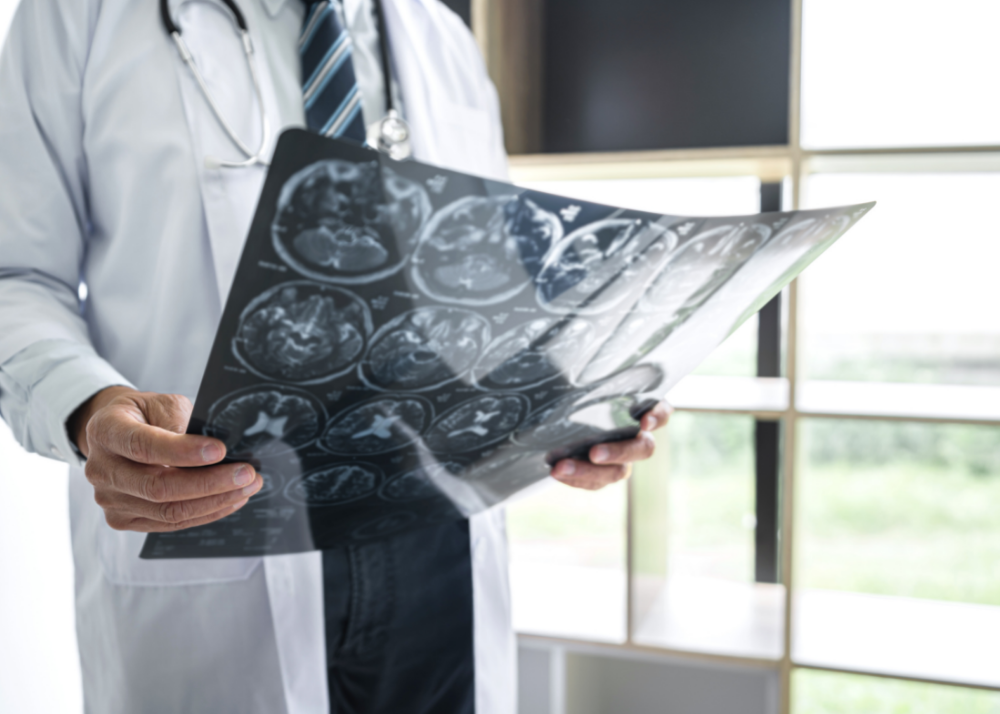 Medulloblastoma symptoms can present gradually or abruptly depending on how advanced the tumor growth is. In some cases, the tumor may spread to the patient’s spinal cord via cerebral spinal fluid (CSF), affecting the central nervous system.

In cases where the tumor blocks the flow of CSF, it can result in hydrocephalus, an over-accumulation of CSF in the ventricles of the brain (parts of the brain where CSF flows). This fluid build-up causes intracranial pressure. Tumor symptoms can include:

Medulloblastoma tumors are considered embryonal neuroepithelial, meaning they grow from a patient’s cells when they are in utero. Typically, these cells are not harmful, but they can become malignant in a handful of cases.

The exact cause of this pediatric brain cancer is unknown, but research suggests that genetic factors may play a role. Cedars Sinai reports that “A small number of people with medulloblastoma also have certain inherited disorders. These disorders increase their risk of getting these tumors, as well as other types of cancer.” The disorders include:

If someone is experiencing any of the symptoms mentioned above, it’s important to see a doctor for further evaluation. This type of brain tumor is typically diagnosed through:

These methods are non-invasive and allow doctors to collect detailed images of the brain and spinal cord to determine a course of treatment.

Doctors typically perform surgery to remove as much of the tumor as possible. Once the surgery is complete, the tumor will be examined to determine its pathology. There are three subgroups of medulloblastoma that ultimately determine the specific course of treatment.

The subgroups are as defined in a study published by the American Society for Clinical Oncology called “WNT-Activated Medulloblastomas With Hybrid Molecular Subtypes” quoted below:

• Long-term prognosis: Good (in fact, the best out of all the subgroups)
• “Defined by activating mutations in the WNT/β-catenin signaling pathway (eg, CTNNB1 or germline APC), and are often associated with loss of chromosome 6.”

• Long-term prognosis: Greater rates of survival are recorded in infants and depending on the age of diagnosis, the prognosis worsens.
• “Denoted by mutations in the Sonic Hedgehog (SHH) pathway, with intermediate or poor prognosis guided by TP53 status.”

• Long-term prognosis: Group 3 typically has a poor prognosis, while Group 4 has a similar prognosis to the SHH subgroup.
• “G3 and G4 medulloblastomas are associated with MYC amplification and MYCN or CDK6 amplification, and frequently harbor isochromosome 17q.”
• The World Health Organization (WHO) combined Groups 3 and 4 into one subgroup in 2016, “Due to common genetic abnormalities,” as outlined in a study published by Anticancer           Research. 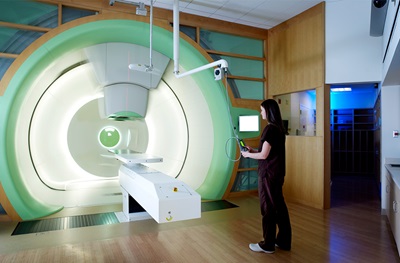 In addition to surgical intervention, patients usually undergo chemotherapy and radiation. Doctors may also target the spinal cord or other affected areas with radiation depending on metastasis. While radiation is part of the standard treatment protocol for this type of brain tumor, the acute toxicity of treatment to the brain, in particular, can cause lasting damage.

One of the newer and safer treatments for medulloblastoma in children is proton therapy. A Penn Medicine News article titled “Two Studies Show Promise, Safety of Proton Therapy in the Brain in Children with Cancer” explains that pediatric medulloblastoma patients who received proton therapy had better long-term survival rates than those who underwent traditional chemotherapy and radiation. Proton beam therapy allows for the safe delivery of positively charged protons to the tumor site with minimal radiation “side effects and damage to surrounding tissue.”

Each medulloblastoma prognosis varies from case to case. However, if treated early and aggressively, and the tumor has not spread to other areas, about “70% of [patients] diagnosed with medulloblastoma are still alive five years later,” per Cleveland Clinic.

Brain cancer is the leading cause of cancer death among pediatric patients. Despite significant improvements in outcomes for some rare pediatric cancers, when current treatments such as chemotherapy, surgery, or radiation fail, there is still an unacceptably low chance of survival for some brain cancers. This is mainly due to more aggressive pediatric brain tumors and insufficient research and funding.

Continued clinical research of medulloblastoma helps scientists study the behavior and biology of this brain tumor and examine the efficacy of new drugs, those traditionally used for other diseases, and rational combinations. By investing in innovative, new experimental treatments for children, Solving Kids’ Cancer is dedicated to increasing long-term survivorship and increasing brain cancer awareness.

When you make a gift to Solving Kids’ Cancer, you provide hope to children and their families searching for a cure for rare brain cancers — because every kid deserves to grow up®.