In this week’s episode of TWiPO (This Week in Pediatric Oncology), our cancer podcast dedicated to exploring news and advances in pediatric cancer, hosts Dr. Timothy Cripe and Solving Kids’ Cancer Director of Research Advocacy, Donna Ludwinski, are joined by Ann Graham, Executive Director and Founder of MIB (Make it Better) Agents, a leading pediatric cancer nonprofit for osteosarcoma.

Graham and her team at MIB Agents, which includes a senior leadership staff made up of women, work with physicians, researchers and patient families to ensure that there is a collaborative effort in advancing osteosarcoma treatments by advocating for research, education and support programs for the osteosarcoma community.

Graham is also a SARC (Sarcoma Alliance for Research through Collaboration) board member and one of today’s leading women making a difference in childhood cancer. But, how she got involved in the pediatric cancer community in the first place was certainly unusual. 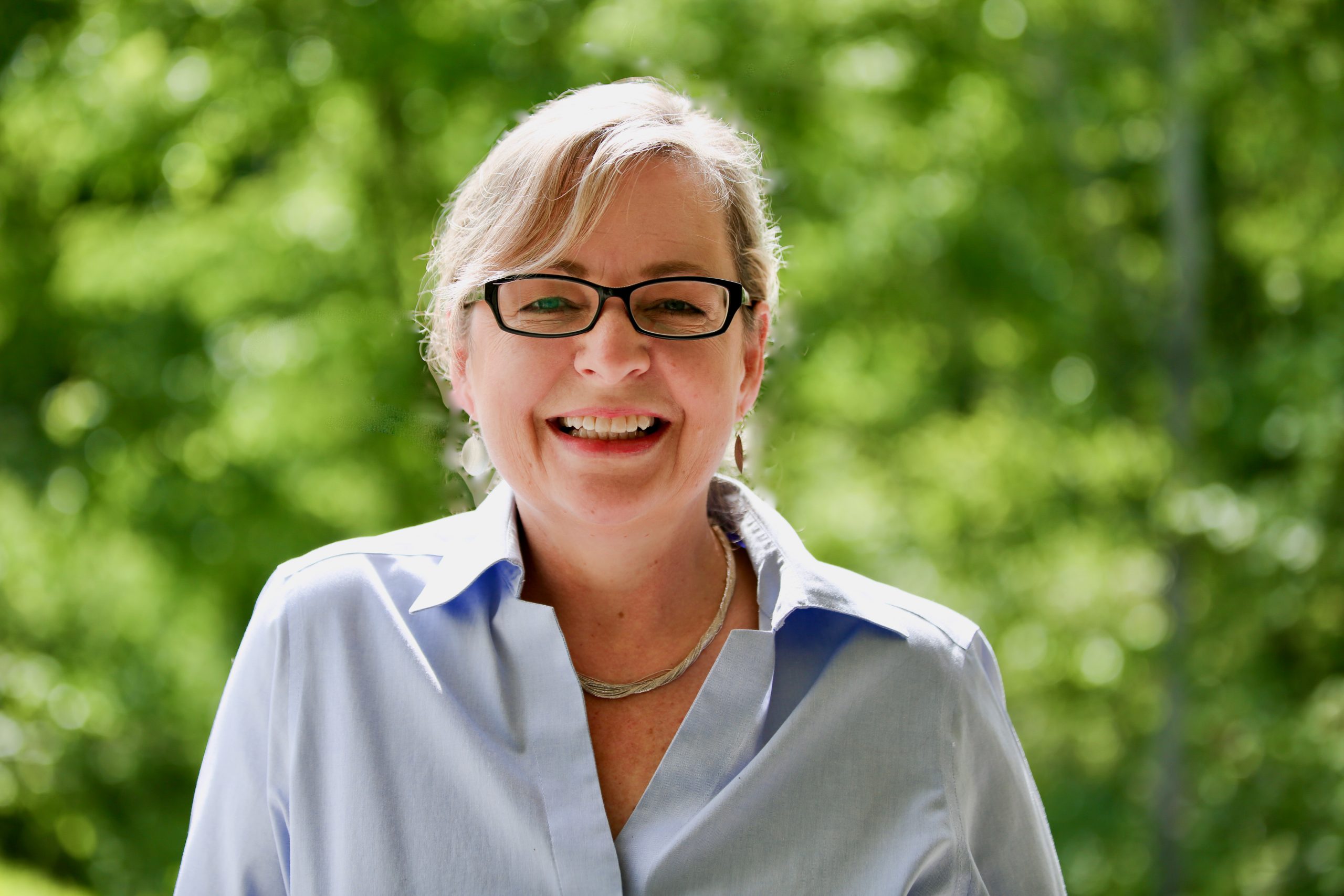 It all started with a severe leg pain while training for a marathon. After consulting her sports medicine doctor, who attributed her condition to aging, 43-year-old Graham was sent home and advised to rest her leg more and take it easy on training. But the pain didn’t go away. Though Graham proactively sought answers, she was continuously misdiagnosed.

Nine months later, the pain became so unbearable that Graham couldn’t walk. It wasn’t until she advocated for an MRI that she received an unexpected diagnosis: osteosarcoma, a type of bone cancer that usually affects children, teens and young adults. “I couldn’t even comprehend what was happening,” she says.

Soon after, Graham began treatment at Memorial Sloan Kettering Cancer Center in New York, where she underwent chemotherapy alongside pediatric cancer patients. While she survived with treatment, many kids with the same cancer did not. Determined to make it better for kids fighting cancer, she founded MIB (Make It Better) Agents.

Graham began MIB Agents when fellow osteosarcoma patient, 11-year-old Alyssa Divers went into hospice in 2012. Alyssa was a dancer, who faced limb salvage surgery with grace and courage. Graham worked with her family and friends (the first MIB agents) and arranged a three day experience in NYC for Alyssa and her family in her last weeks of life.

“The kids that I was treated with — same kind of thing kept happening. So we kept doing these end-of-life missions. And at some point, I thought, we’ve got to work on this from a different angle,” recounts Graham.

FACTOR brings together the world’s leading osteosarcoma researchers, clinicians, and surgeons with patient families to collaborate towards better treatments and discovery of cures in osteosarcoma. Graham states, “Not one of us in any of the communities holds the key to unlocking this disease. It’s not one of us. It’s all of us.”

The Power of Collaboration in Childhood Cancer

The drive behind creating FACTOR stemmed from Graham’s own experience being an osteosarcoma survivor. “One thing I knew for sure was that being a patient is not a particularly empowering place to be. You feel at the mercy of everybody, everybody’s doing everything for you,” tells Graham.

Graham sought to fix that by creating a symbiotic bridge between the osteosarcoma medical and patient community, empowering patients and families in being able to share their input on childhood cancer research funding.

Since then, FACTOR’s collaborative solutions have helped fast track improvements for osteosarcoma. “We’re now at our fifth conference, and…we’re at the point where we have more clinical trials for osteosarcoma than we have patients.”

The Future of Childhood Cancer Research and MIB Agents

According to Graham, FACTOR’s success has inspired many leaders in other childhood cancer groups to come to her, seeking to learn how to start their own collaborative conferences. “We’re an open book. If anybody wants to know how to do this, we’re happy to help anybody who is trying to make it better. We call it the conspiracy for good.”

As for the future of MIB Agents, Graham shares that she is excited for the development of their junior advisory board, made up of teens and young adults, who run a podcast sharing their perspectives on living with osteosarcoma and AYA (Adolescent & Young Adult) cancer.

She explains, “Because [osteosarcoma] is a pediatric AYA cancer, it occurred to me at one point, we’ve got to have the input of our constituents, and this is a voice that we don’t hear very often. You don’t hear the patient voice — you hear the parent, you hear the physician, you hear the researcher — we need to hear more from the young adults, and they have a lot to say.”

To hear more in-depth details of Graham’s experience as a leading woman in the childhood cancer landscape and an osteosarcoma survivor, her introduction to pediatric cancer advocacy, the beginnings of MIB Agents and its current programs, subscribe to TWiPO today. The more we learn and communicate, share ideas and work together, the faster we’ll reach the day when all childhood cancer is curable.