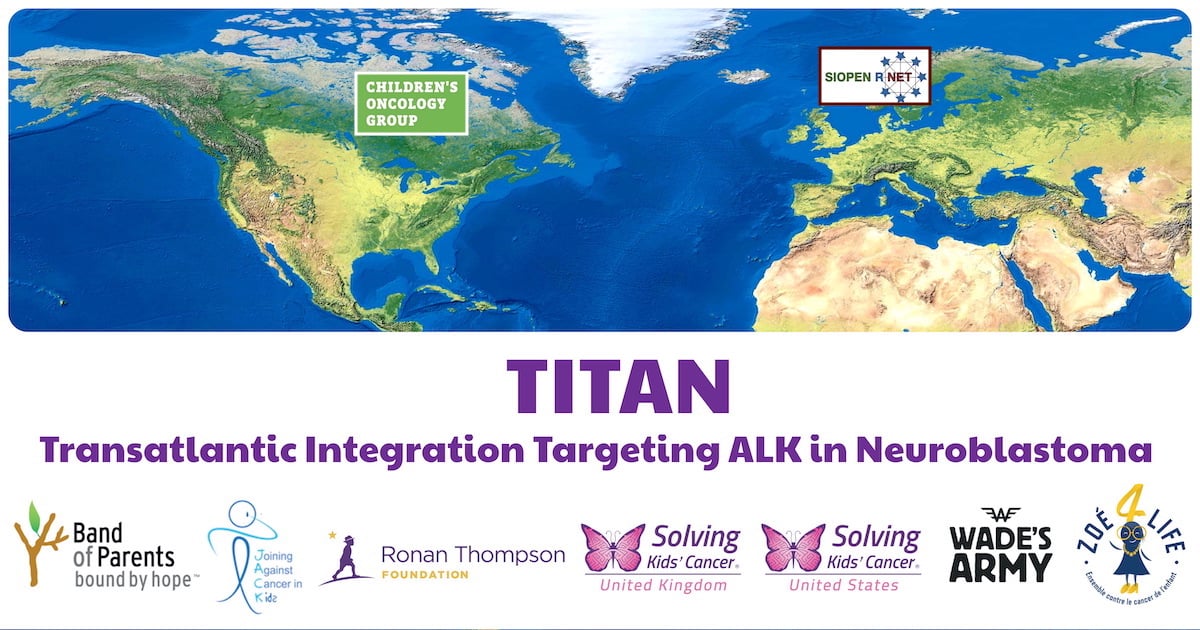 In a landmark in pediatric oncology research, children with high-risk neuroblastoma across Europe and North America will be treated together for the first time, following the award of $1.4M to fund a new transatlantic clinical trial led by Dr. Yael Mossé of Children’s Hospital of Philadelphia and Dr. Dominique Valteau-Couanet of Gustave Roussy in Paris, investigating the ALK inhibitor lorlatinib in the treatment of children with newly diagnosed high-risk neuroblastoma, a deadly childhood cancer that mainly affects children under the age of five.

The study, known as TITAN – Transatlantic Integration Targeting ALK in Neuroblastoma – will see a targeted drug introduced to frontline treatment for children, with the hope of dramatically increasing survival rates. This landmark collaboration between the Children’s Oncology Group (COG) in North America and the SIOPEN research network in Europe represents the first time these pediatric consortia on both sides of the Atlantic have worked together to design and run a clinical trial.

Scott Kennedy, Executive Director of SKC, said: “We couldn’t be more hopeful. This trial embodies the two most important goals of SKC’s approach – advancing promising new therapies to children, earlier, when they are newly diagnosed and transatlantic collaboration so that the highest number of children can access the trial. We’re thrilled that the largest cooperative trial groups In North America and Europe are collaborating to make this a reality for children and their families.”

The new study will be integrated to form part of the ongoing COG and SIOPEN Phase 3 high-risk neuroblastoma trials, and will involve children at Children’s Oncology Group hospitals in North America and SIOPEN institutions across Europe and the UK having their tumors tested for mutations in the ALK gene when they are first diagnosed. Such mutations are found in around 14% of patients and represent a group of children who have inferior survival with current multi-modal treatment regimens. Children whose tumors are found to have ALK mutations will soon be treated with the addition of lorlatinib, a third-generation ALK inhibitor manufactured and supplied by the pharmaceutical company Pfizer.

“This is a landmark step in clinical research for children with neuroblastoma,” said Prof Andy Pearson, MD, Chair of the Solving Kids’ Cancer UK Scientific Advisory Board. “With pediatric cancer hugely underfunded in comparison to adult cancer, there is an urgent need for breakthrough treatments for the most difficult-to-cure childhood cancers like neuroblastoma. This trial has the potential to accelerate the discovery of a new treatment and lay the foundation for future collaborations of this nature.”